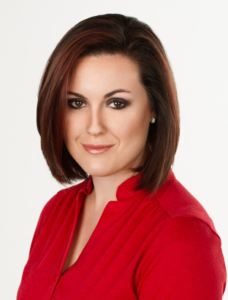 *NOTE* This guide should not be taken as a substitution for legal advice, but as a guide for understanding the basic tenants of intellectual property.

The University of Texas Libraries have developed an excellent Copyright Crash Course for those who only want to learn about the various aspects of Copyright, but not necessarily Intellectual Property.

There is an important distinction between Copyright Law and Intellectual Property, which is clearly outlined in 17 U.S. Code § 102 "In no case does copyright protection for an original work of authorship extend to any idea, procedure, process, system, method of operation, concept, principle, or discovery, regardless of the form in which it is described, explained, illustrated, or embodied in such work." Those creations are covered by different aspects of Intellectual Property. (Patents, Trademarks, and Trade Secrets)

Copyright is a form of protection grounded in the U.S. Constitution and granted by law for original works of authorship fixed in a tangible medium of expression. Copyright covers both published and unpublished works.

What does copyright protect?

Copyright, a form of intellectual property law, protects original works of authorship including literary, dramatic, musical, and artistic works, such as poetry, novels, movies, songs, computer software, and architecture. Copyright does not protect facts, ideas, systems, or methods of operation, although it may protect the way these things are expressed.

Excerpt from the Copyright.gov article Copyright in General

How are Motion Pictures/Film and Videos defined under copyright? 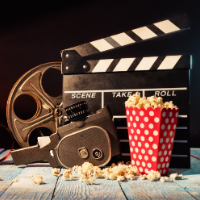 “Audiovisual works” are works that consist of a series of related images which are intrinsically intended to be shown by the use of machines, or devices such as projectors, viewers, or electronic equipment, together with accompanying sounds, if any, regardless of the nature of the material objects, such as films or tapes, in which the works are embodied. - 17 U.S. Code § 101 - Definitions

Why does this matter?

One aspect of audiovisual copyright that is relevant and important to higher education is the act of displaying or performing copyrighted works. Showing a film on campus or in public without owning the rights is not allowed, only "the owner of copyright under this title has the exclusive rights to do and to authorize" this. To be clear, renting or buying a copyrighted film does not carry with it the right to show it in public. Digitizing a personally owned copy is also a violation of copyright. These are federal laws that are strictly enforced.

Luckily, there are reasonable exceptions.

First, if you are a Faculty member or Instructor in a higher ed institution, your full-length film showing may be covered under Fair Use or some TEACH Act exceptions. Consider these stipulations;

Consider these example scenarios, created by the University of Rhode Island Libraries, to ensure you have a firm understanding of how to appropriately use films under Fair Use.

Second, you can purchase a license or subscription that provides Public Performance Rights or Licenses. This is something RSU Libraries can assist you with. We can help you determine what kind of license you will need, find the correct licensing vendor, and even get you a price quote. However, RSU Libraries may already have access to the license you need so you may not have to pay at all! Also, we have access to additional streaming video resources and vendors that specifically serve higher ed institutions, So, it's always best to give us a call first.

What exactly are Public Performance Rights and Licenses?

Let's start with what they are not. PPR is not a copyright free-pass that allows you to show a film anywhere, to any number of people, and make money off from the showing. A PPR/PPL is a temporary pre-negotiated contract that you can purchase directly from a film studio or from a vendor that works with film studios, like Swank or Criterion Picture U.S.A, that gives you permission to show the film/movie to the public. Each licenser has specific requirements that you must fulfill and questions you must answer in order to receive permission. Your answers, as well as the demand for the film, will affect the price of the license. The price you pay is for a "non-theatrical" license and is therefore substantially less than what a movie theatre would pay to show a film.

Here are some standard things you should consider before planning to purchase the Public Performance Rights to show a film;

Purchasing numerous PPRs can quickly become expensive. Talk with the Library to see how we can help you gain access to the films you need, ensure you abide by copyright laws, and save money.

How are Sound and Music Recordings defined under Copyright? 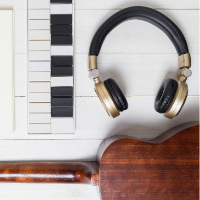 (5) (A) A “digital musical recording” is a material object—

(i) in which are fixed, in a digital recording format, only sounds, and material, statements, or instructions incidental to those fixed sounds, if any, and

(ii) from which the sounds and material can be perceived, reproduced, or otherwise communicated, either directly or with the aid of a machine or device.

(i) a “spoken word recording” is a sound recording in which are fixed only a series of spoken words, except that the spoken words may be accompanied by incidental musical or other sounds,

Clarification: There are two levels of copyright that protect recorded music and sound.

Learn more about the differences between copyrighting musical recordings and sound recordings with this guide from copyright.gov.

Why does this matter?

There are several aspects of sound recording copyright that are important to situations in higher education including public performance rights, mechanical rights, and synchronization rights. First, let's define what each of these terms means and how they would be used in a higher-ed setting.

Technically, only the holder of the original copyright can utilize the produced material in these ways. However, as with other forms of copyright, there are four possible ways, in addition to Creative Commons licenses and using what's already in the Public Domain, that a higher education institution can utilize sound recordings and also ensure they are abiding by copyright law.

First, Section 108 of copyright law addresses the necessity and scope of Library Copying;

Second, the TEACH Act provides FREE ways to utilized copyrighted music and sound recordings, as long as you meet certain criteria; (see our tab on the TEACH Act)

[Dramatic work = used in the performance of a story such as an opera, musical, or ballet]

Third, you can directly apply for and acquire the Public Performance Rights. In the case of music and sound recordings, there exist performing rights societies such as the American Society of Composers, Authors, and Publishers (ASCAP), Broadcast Music Inc. (BMI), Society of European Stage Authors and Composers (SESAC), SoundExchange, and Global Music Rights (GMR). However, these societies specialize in non-dramatic works and are not able to provide the licenses for dramatic works. They also primarily focus on licenses for the public performance of works, not the recording or copying of them.

Fourth, Fair Use, which has broader permissions, should also be considered. Review all four factors thoroughly to determine if your use of materials qualifies. See our tab on Fair Use for more information.

Consider these example scenarios, created by the University of Rhode Island Libraries, to ensure you have a firm understanding of how to appropriately use music and sound recordings under Fair Use.

Learn more about recent changes in the music copyright legislation by watching this short video from copyright.gov.

How are Photos, Graphics, and Sculpture defined under copyright law? 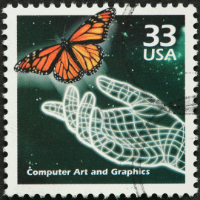 “‘Pictorial, graphic, and sculptural works’ include two-dimensional and three-dimensional works of fine, graphic, and applied art, photographs, prints and art reproductions, maps, globes, charts, diagrams, models, and technical drawings, including architectural plans. Such works shall include works of artistic craftsmanship insofar as their form but not their mechanical or utilitarian aspects are concerned; the design of a useful article, as defined in this section, shall be considered a pictorial, graphic, or sculptural work only if, and only to the extent that, such design incorporates pictorial, graphic, or sculptural features that can be identified separately from, and are capable of existing independently of, the utilitarian aspects of the article.” 17 U.S.C. § 101.

*NOTE* Useful Articles and Functional Elements are specific to the visual arts and are not considered to be copyrightable unless they can be separated from a pictorial, graphic, or sculptural work and be considered a creative and original work on their own. Useful Articles are utilitarian; a display holding a sculpture, specialized lighting used to display a painting, the computer that created a graphic work, etc...

Why Does This Matter?

There are several facets of photos, graphics, and sculpture copyright that apply to higher education that are of particular interest such as ways to access these items for classroom use and the creation and/or usage of a Derivative Work. Technically, only the holder of the original copyright can reproduce these, display them, distribute them, or even make new variations based on the original work. However, there are ways to access and use them legally. Many have already been listed in several places within this guide, but here are the top ways to find images and graphics:

Consider these example scenarios, created by the University of Rhode Island Libraries, to ensure you have a firm understanding of how to appropriately use images under Fair Use.

Students and young artists will often find strong inspiration from existing works of visual art and may build on those inspirations closely. When doing so, the issue of copyright must be considered. It is possible that their work may qualify to be copyrighted if it is sufficiently unique and creative (different) from the original work, if not, it may be infringing on the copyrights of the original creator. Clearly stated, there must not be any copying involved at all, but instead must be purely related on the inspirational level.

Examples would include a sculpture created based on a painting/picture or drawing based on a photograph.

The creator of the original work that the new work is derived from or inspired by must also be acknowledged.

How is the Written Word defined under Copyright? 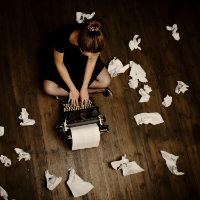 “Literary works” are works, other than audiovisual works, expressed in words, numbers, or other verbal or numerical symbols or indicia, regardless of the nature of the material objects, such as books, periodicals, manuscripts, phonorecords, film, tapes, disks, or cards, in which they are embodied. Glossary copyright.gov

Clarification: There are two types of Written Works and then some exceptions;

Why Does This Matter?

There are several facets of literary works copyright that apply to higher education that are of particular interest such as ways to access these items for classroom use and the creation and/or usage of a Derivative Work. Technically, only the holder of the original copyright can reproduce these, display them, distribute them, or even make new variations based on the original work. However, there are ways to access and use them legally. Many have already been listed in several places within this guide, but here are the top ways to access and use literary works:

Consider these example scenarios, created by the University of Rhode Island Libraries, to ensure you have a firm understanding of how to appropriately use Literary Works/Texts under Fair Use.

Students ofter derive inspiration from the non-dramatic literary works and readings that are required or are discovered as part of their course work. It is important that any of their creations that result from these inspirations are examined within the context of copyright.

The creator of the original work that the new work is derived from or inspired by must also be acknowledged.